Join us as we celebrate almost three decades of open government advocacy at the 2017 William S. Dixon First Amendment Freedom Awards luncheon on Wednesday, October 4, 11:30 am to 1:00 pm, at the Embassy Suites in Albuquerque.

The awards have been presented since 2002 in memory of FOG co-founder and longtime board member William S. Dixon. They recognize individuals who, like Dixon, are advocates for the First Amendment and the state’s sunshine laws.

Purchase your tickets below. 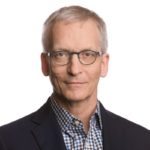 James Neff, a prize-winning author and the Philadelphia Media Group’s deputy managing editor for investigations and projects, was selected to be this year’s keynote speaker.  . Neff’s books include: “The Wrong Man: The Final Verdict on the Dr. Sam Sheppard Murder Case”; “Vendetta,” a book about Robert F. Kennedy’s war against Teamster boss Jimmy Hoffa; and “Mobbed Up,” a biography of Teamster president Jackie Presser, adapted into an HBO movie.

“I am very excited about this year’s group of awardees,” said FOG President Gregory P. Williams. “It is inspiring to have so many people in our state fighting to open up our government.

Have lunch with these superheroes

Sondra Everhart was an ombudsman for nursing and assistant-living homes. She was terminated after releasing public documents about substandard housing that mentally ill patients live in following their release from the state Behavioral Health Institute in Las Vegas, N.M. 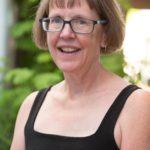 Sandra Fish is being honored in the journalism category because of her reporting initiaties for New Mexico In Depth since 2014, which advanced transparency in New Mexico government, especially in lobbyist spending, capital outlay funding and in following the flow of money in politics. Fish said the state’s open records laws are essential to the work of journalists.

Fish significantly expanded the toolsets used by New Mexico journalists to report on government agencies and the money that flows through our political system. In addition, during her time with NMID, she led several trainings of New Mexico journalists, teaching them how to incorporate data and use open records laws in their reporting.

“For me, access to online data provided by the Secretary of State, which improved dramatically in recent years, was essential to covering campaign finance, the influence of lobbyists and the connections between the two. New Mexico in Depth and I also appreciated the nearly 40 lawmakers who provided information about their infrastructure allocations,” Fish said.

Blair Dunn is being honored in the legal category. He has represented plaintiffs in several public records disputes and has taken on a mayor, the state Attorney General’s Office and even judges, among others. 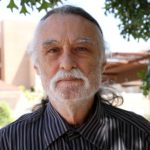 Animal Village NM is based in Alamogordo, New Mexico. Sonny Aris, the organization’s executive director, spent 17 months trying to obtain public records on dogs from two puppy mills in Doña Ana County through the New Mexico Inspection of Public Records Act. The county was eventually ordered to hand over the records and to pay more than $90,000 in damages and attorney fees. Las Cruces attorney Peter Goodman represented Animal Village.

Proceeds from FOG’s biggest fundraising event of the year support our year-round open government advocacy and community outreach initiatives, citizens hotline inquires, training programs, lobbying efforts and legal case work to protect the principles of open government. Your financial support also ensures we’re able to stand up and speak out when public entities ignore public records requests or locked the door while they discuss public business. On the frontline, with your generous contributions, we’re ready to defend any attempt to take New Mexico back to the dark ages. As we’re fond of saying these days, we need to rally the public and tell public servants to always keep it #OpenGov.