A reporter’s investigation that led to one senior state official’s departure and a whistleblower lawsuit, a citizen’s quest for records that forced the creation of a new youth grievance policy and actions by two New Mexico Legislators to open up state government will be recognized by the New Mexico Foundation for Open Government (FOG) as the 2021 recipients of the William S. Dixon First Amendment Freedom Awards. The awards are annually presented to those New Mexicans who believe in government transparency at the state or local level – and who have made significant contributions to casting sunshine (transparency) in government operations in the state.

Dixon Award winners will be honored with a virtual Dixon Award event set for Oct. 7, 2021.

“These New Mexicans acted on their beliefs and because of their actions, it is easier for everyone to be informed and participate in government,” Kathi Bearden, Dixon Selection chair, said. “All four recipients of this year’s honors have demonstrated the importance of open government in New Mexico. They sacrifice many hours of their time doing crucial legislative, legal, educational and investigative work, and their hard work ensures that the rest of us enjoy our right to know if and when we choose to exercise it.”

The 2021 Dixon recipients are:

Doug Michel is a foster and adoptive parent who has been working tirelessly for the past three years as a citizen advocate to review public records of Children Youth and Families (CYFD) protective services. He has submitted records requests to CYFD more than 300 times in the last few years. He publishes his findings to foster parents, child welfare advocates, and has been a source of information and checks and balances for the ongoing Kevin S Class Action Lawsuit against CYFD. He reviews each finding with a fine-tooth comb and has found many discrepancies. In fact, he is the only reason youth in foster care (and their attorneys) have access to the newly established youth grievance policy. He worked diligently with legislators to ensure that all task forces under legislative guise are subject to the Open Meetings Act. He has been a fervent advocate and protector of both IPRA and OMA.  Also, he was also the first to identify a problem with the BINTI contract and how it went to bid. He found this discrepancy through multiple IPRAs. He spent well over a year reviewing all records related to BINTI — which now is a $44 million single sole-source contract from CYFD — and helped craft a complaint to the Attorney General to review concerns.

Two individuals will receive the Dixon Award in the government category in 2021. 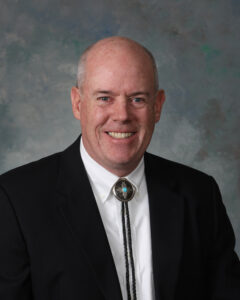 Representative Matthew McQueen has been a tireless champion for bringing transparency to New Mexico’s capital outlay system. For the past 44 years, legislators have appropriated funds to specific infrastructure (or “capital outlay”) projects without having to disclose which projects they are sponsoring. This opaque system has made it impossible for members of the public to hold legislators accountable for how they are choosing to spend public funds. For the past half dozen years, Rep. McQueen worked steadily to reform that system so that New Mexicans can see how their elected representatives are choosing to allocate public infrastructure dollars.

Rep. McQueen’s first bill to disclose the sponsors of every capital outlay appropriation passed the House and failed in its first Senate committee. Two years later, his bill made it to the Senate floor before failing on a 21-22 vote following a contentious debate. Finally, this year his bill, House Bill 55 Publication of Capital Outlay Allocations, passed and for the first time in 44 years all New Mexicans are able to hold their senators and representatives accountable for how they allocate funds to the state’s infrastructure budget. 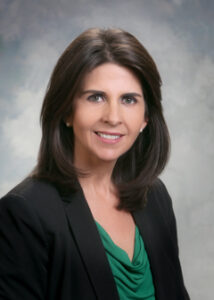 Representative Kelly Fajardo has been a tireless champion for transparency. In 2021, she was a co-sponsor of House Bill 55 Publication of Capital Outlay Allocations but her efforts to expand government accountability include efforts during the 2019 Legislative session, when she worked with a bipartisan group of legislators to pass a house memorial which requested the Secretary of the CYFD to convene a task force to discuss and make recommendations to the child welfare system. When the department adopted a process dominated by secret meetings and other efforts to keep the public from participating in the process, Rep. Fajardo introduced a bill  requiring that House or Senate-created task forces comply with the Open Meetings Act. Unfortunately, the bill did not receive a message from the Governor but undeterred  undeterred, she pivoted and began amending any joint memorial or memorial that requested the convening or creation of a task force would be required “to be open to the public and subject to the same notice provisions and other transparency requirements provided in the Open Meetings Act.” 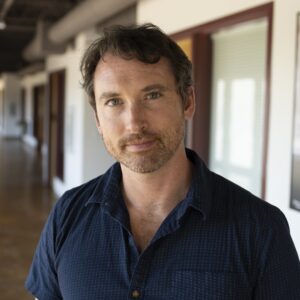 Ed Williams has devoted much of his career to writing about open government, with powerful, human stories about a lack of transparency by school districts, counties and state agencies. He has helped parents demand their rights, guiding them on how to write records requests to obtain their own children’s school records. In many such cases, these parents discovered that their children had been physically, even violently, restrained by school staff without their knowledge.

Early this spring, Williams reported that CYFD was using Signal, an encrypted messaging app, to communicate critical state business. Writing for Searchlight New Mexico, he revealed that all communications on this secretive texting app were being routinely deleted every 24 hours. Journalists, attorneys, court-appointed child guardians and special advocates rely on CYFD records to make sure a child’s case is being handled properly. CYFD’s use of Signal has rendered almost all accountability impossible – flouting open government laws and making state business untraceable. The outcome of Williams’ reporting has been a resignation by the secretary of the department, the filing of a whistleblower lawsuit, and steps by the Governor to institute a new policy to determine what constitutes a public record under the Public Records seq., and what constitutes a “non-record” or “transitory record” under the regulations.