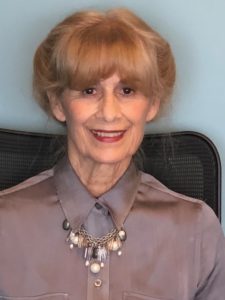 But it was her work with the New Mexico Adult Guardianship Study Commission (NMAGSC) to undertake an extensive study of the State’s guardianship system and specifically her efforts to garner committee support for a resolution for an open process, that received FOG’s notice, resulting in her 2018 William S. Dixon First Amendment Freedom Award in the citizen category.

As a member of the committee, she worked with the other members to propose and adopt a resolution asking that the commission adhere to the letter and the spirit of the Open Meetings Act. This included posting minutes, voting on minutes and requiring that any votes/action items be listed on an agenda.

Prior to working with the Senior Affairs, she spent 20 years as the division manager of Child and Family Development Services for the City of Albuquerque’s Department of Family and Community Services.

Ms. Brasher has a master’s degree in elementary education-early childhood education and a certificate in educational administration and curriculum and started her career as a classroom teacher. 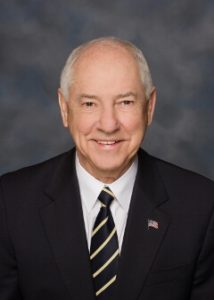 New Mexico state Sen. James White, R-19, earned his 2018 William S. Dixon First Amendment Freedom Award for his tireless efforts to gain passage of legislation to institute more transparency in the state’s adult guardianship system, which had been closed to not only the public but family members as well.

Sen. White was instrumental in introducing and seeing the successful passage of Senate Bill 19, which was designed to prevent abuse of incapacitated New Mexicans under court-ordered guardianship or conservatorship.  This new law and the succeeding efforts are a big step toward increased protection of the assets and rights of the elderly and others who are incapacitated and unable to manage their personal affairs.  In addition to the bill, $1 million was appropriated to help the courts improve oversight of these cases.

Sen. White currently serves on the Corporations and Transportation Committee, Education Committee, Investment and Pensions Oversight Committee, Revenue Stabilization and Tax Policy Committee and Legislative Council.  Before election to the Senate, he was a state representative for five years.

The Albuquerque Chamber of Commerce has recognized Sen. White for his work. He is the recipient of the William P. Cutter Award for contributions to the aviation industry in New Mexico and was named Legislator of the Year 2014 by the UNM Alumni Association. Sen. White was recently nominated by AARP as a 2018 Capitol Caregiver for the Uniform Guardian Act.

Sen. White was the Airfield Operations manager at the Albuquerque International Airport. A USAF pilot and veteran, he was the U.S. Air Force Special Operations Command chief of staff at Hurlburt Field, Florida as well as a deputy commander, Aircrew Training Wing, Kirtland AFB, New Mexico.

Sen. White has a master’s degree in Systems Management from the University of Southern California and a bachelor of science degree in Mathematics/Economics, from Southern Illinois University. 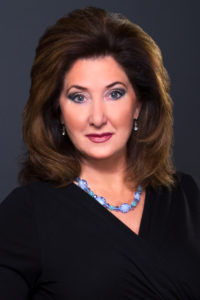 Nancy Laflin is an investigative reporter at KOAT-TV 13 in Albuquerque, N.M. Her work spans more than two decades of fighting to keep viewers informed, uncovering wrongdoing and corruption, and reporting that has led to important changes to policy and public safety practices.

She earned her 2018 William S. Dixon First Amendment Freedom Award for her efforts to go to all lengths necessary to stop what was an improper attempt to prevent the public’s access to public records. Bernalillo County initially bowed to pressure from the Albuquerque Police Department without rationale or reasoning to lawfully restrict access to jailhouse visitor logs and phone calls for a trio of defendants charged in the horrific sexual assault, murder and dismemberment of a 10-year- old girl. After filing additional IPRA requests and receiving denials, Ms. Laflin filed a complaint with the Office of the New Mexico Attorney General. The AG sided with Laflin stating the County’s denial of her request was in violation of the state’s Inspection of Public Records Act and within days of receiving the letter from the Office of the Attorney General, the County turned over the phone calls and jailhouse visitor logs.

Ms. Laflin was nominated for an Emmy Award in 2017. She has also been honored by the New Mexico Associated Press, the New Mexico Broadcasters Association and the Texas Associated Press. Her work as a reporter was also featured in the award-winning documentary film The Imposter. Nancy has done live reporting for CNN, the Weather Channel, ABC News, and ABC News radio.

She started her career in journalism with KOAT-TV while a student at the University of New Mexico.  She went on to work at KIII-TV in Corpus Christi, Texas then KENS-TV in San Antonio, Texas.

The National Law Journal recognizes the Freedman Boyd Hollander Goldberg Urias & Ward, P.A. as a small firm “in the desert mountains [that] is thriving on the national stage” and with a “public interest passion,” our law firm has a varied practice with a common element: employing the law and the judicial system to seek and obtain justice.

That small firm earned the 2018 William S. Dixon First Amendment Freedom Award in the law category for its attorneys’ involvement in almost every major IPRA lawsuit during the past 12 months advancing open government and thriving in the desert mountains.

The firm represented Daniel Libit, a freelance journalist out of Chicago, in his lawsuit against the University of New Mexico Foundation.  Pursuant to IPRA, Libit requested all documents concerning naming rights granted to Wise Pies for the University Arena, aka, the Pit.  The Foundation denied Libit’s request claiming it was a private entity and not subject to IPRA. A district court judge in Albuquerque disagreed and in late May ordered the Foundation to turn over the records. This was a big victory since the Foundation long has denied it was subject to IPRA, claiming it was a private entity.

It also represented journalist Jeff Proctor in a lawsuit against the New Mexico General Services Department. Proctor sought records for payments to Paul Kennedy and Associates for legal services provided to the state.  GSD argued most of the records were protected by the attorney-client privilege and later invoked a New Mexico statute that allows delay of disclosure.  The Proctor-GSD suit is still pending but may be settled in the near future.

Freedman also represents Marcy Britten in an appeal against the Attorney General concerning liquidated damages under IPRA. FOG has filed an amicus brief in support of Britten.

The firm was formed more than 40 years ago and operates out of downtown Albuquerque.