The awards, which recognize individuals or organizations in New Mexico who champion open government in the areas of business, law, education, government, journalism and citizen advocacy, will be presented to winners during FOG’s annual awards luncheon on Wednesday, October 4 at the Embassy Suites hotel in Albuquerque.

Nomination letters should include information about the nominee’s record of accomplishment using New Mexico’s sunshine laws to advance government transparency, hold the powerful accountable, inspire civic engagement, and educate the public about their rights to know the affairs of government.

Winners will be announced in at the end of August and recognized at FOG’s annual Dixon Award Lunch on Wednesday, October 4 at at the Embassy Suites, 1000 Woodward Place, NE, in Albuquerque. 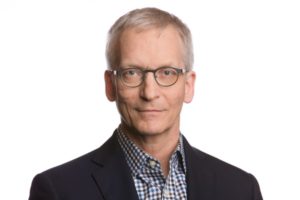 Mr. Neff, who served at the chair of this year’s Pulitzer award selection committee, previously led investigative reporting for the Seattle Times. He served on the board of the Investigative Reporters and Editors for a decade, including one term as president.

He is the author of several nonfiction books, one of which was adapted for an HBO film. Mr. Neff has also won several open government awards for his work as a First Amendment and public records advocate.

Under First Amendment protections, Mr. Neff successfully protected research he had done to write a book about a 1950s murder. Ohio prosecutors had issued a subpoena for his documents, arguing any First Amendment issues “must be subordinated to our search for the truth.”

Tickets are on sale at Eventbrite now.

About FOG
Founded in 1990, The New Mexico Foundation for Open Government educates, advocates and litigates for transparency. FOG is the only statewide non-profit, non-partisan, member-supported organization dedicated to protecting the public’s right to know. FOG is committed to enhancing our democracy by informing citizens and officials about their rights and responsibilities under New Mexico’s Sunshine Laws. To learn more, visit www.nmfog.org.